Stephane is an internationally recognized drummer, clinician, educator, and author. Steph lives in New York City and Québec City, traveling between the two countries every month. He is currently freelancing with numerous bands, touring and recording. He is currently playing with The Stephane Chamberland Trio, with The Carl Mayotte Fusion Quintet, with Mathieu Fiset and The RoboJazz Band and has been freelancing.

Stephane maintains a busy private teaching schedule, coaching students from 15 countries on Skype and at his studios, located in Quebec City (Canada) and New York City (USA). Students from all around the world come for intense, unique and personalised programs. Stephane has studied drumset with many renowned teachers from around the globe including Dom Famularo, Jim Chapin, Paul Brochu, Rick Gratton, Robby Ameen, Jeff Salem, Paul DeLong, Joe Bergamini, John Favicchia, Aldo Mazza, Memo Acevedo, Eduardo Guedes, Richard Irwin, Claus Hessler, and Frank Belluci. He attended the Manhattan School of Music to study with John Riley and Bobby Sanabria, and also studied at the Conservatory of Music in Quebec City.

Steph’s interests in writing and education have led him to become very active in the music publishing world. He is the co-author of the books The Weaker Side, Drumset Duets, and Pedal Control (Wizdom Media – Alfred Publishing). Stephane also edited the latest editions of the worldwide number one drum books, Stick Control, and Accents and Rebounds, by George Lawrence Stone. He remains a contributing writer for Modern Drummer, Canadian Musician and Percussive Notes. Steph endorses Yamaha Drums, Sabian Cymbals, Remo Drumheads and Vic Firth Sticks.

Here's a sneak peak into the making of the new album of The RoboJazz Band. Behind the scene footage and an interview with band leader, composer, producer and keyboardist, Mathieu Fiset. The album will be available everywhere online on June 19th 2020.

Watch Steph's interview for the Sabian Educator Spotlight with Dom Famularo. Learn more about Steph's teaching approach and how he started. You will also learn more about the books he co-wrote and his up coming educational projects.

Watch Steph's full live lesson on Drumeo about working with note groupings and subdivisions, tips for stick control and ghost notes, building cool fills with rolls, and much more (including some ideas that might fuel your guilty pleasure fills). 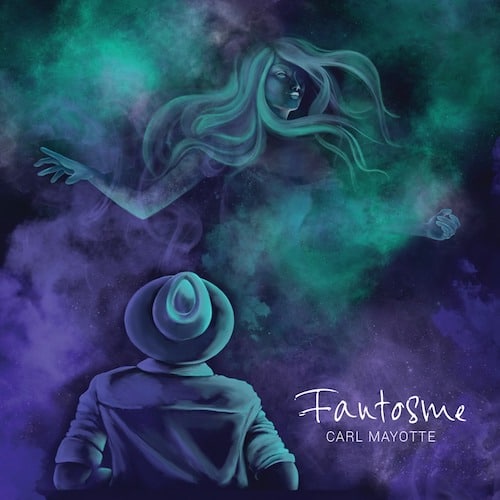 Steph is proud to be part of The Carl Mayotte Fusion Quintet with Carl Mayotte on bass, Gabriel Cyr on guitar, Françis Grégoire on Piano and Damien-Jade Cyr on sax. Their debut album was recorded at Michel Cusson's studio. You can now buy the album on all digital platforms or order your physical copy.